Locals joke that “Heritage” is Millthorpe’s middle name. It provides a magical backdrop for the town emanating a feeling of almost stepping back in time as you amble through the streets.

Millthorpe has a rich history, well-known for its grand public and commercial buildings and its heritage streetscapes that have remained mostly unchanged since the early 1900s. Today, Millthorpe village is a heritage conservation area.

Discover the stories behind the beautiful heritage buildings. Talk to the people with a wealth of knowledge and enthusiasm for our vibrant and historic village. It’s not at all hard to imagine living in the community a century ago… horses tethered to veranda posts, carts and bullock trains heading to the Railway Station to unload produce, children skipping past to school and locals chatting on street corners.

From Forest to Farm

The quiet country village of Millthorpe today disguises a bustling history of a community that built an independent, determined character over the years with vigour and tenacity.

The traditional landowners are the Wiradjuri people, with the first Europeans in the area being stockmen sent to the government Stock Station at Shadforth, near Fredericks Valley, in the early 1830’s. This included Charles Booth, an ex-convict who had charge of several of the stockmen. Booth went on to become a publican and then as a free man was granted 997 acres of land two miles to the west, of what is now Millthorpe, in 1835. Booth went on to build our first building on his farm, named Grove Farm, a substantial house of brick, which still stands today on private land.

The Forest, as the broader area was known, with its dense bush and prolific populations of possums, ducks, kangaroo and emu, is the place where the Bathurst / Flyers Creek track crossed the Blackman’s Swamp (Orange) / Kings Plains track and where the first name of The Crossroads originated.

There were only a few isolated settlers until two important events occurred – first, the discovery of payable gold at Ophir in 1851 by William Tom and John Lister (who is buried in Millthorpe) and then the Robertson’s Land Act of 1861.

These two events stimulated an explosion of interest in the area and the beginnings of a partnership of mutual convenience between agriculture, mining and the local community which persists today. 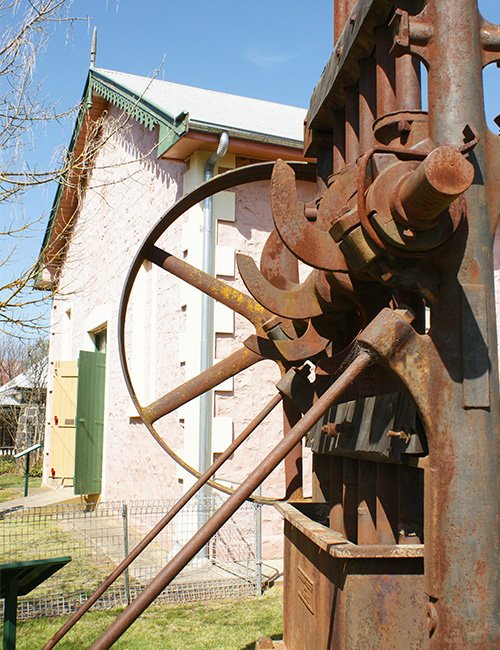 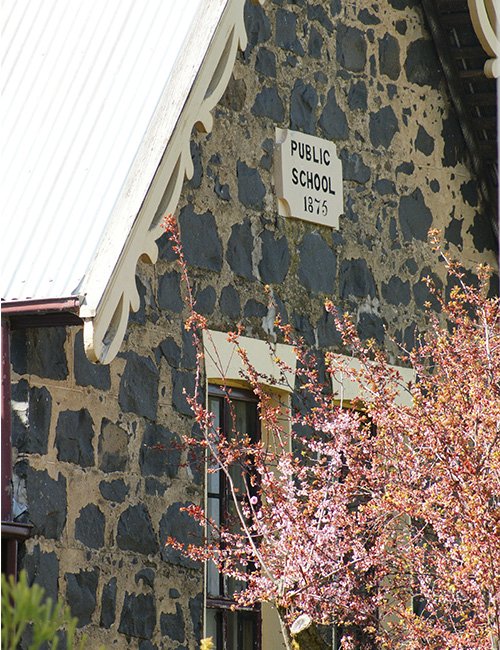 The earliest signs of village life appear to have been a slab and bark schoolhouse built by members of the Church of England around mid 1860’s. Application for the establishment of a public school was granted in 1867, at Spring Grove. This is the first reference to the first village name. Schoolmaster William Webb was appointed as teacher in 1869. Webb proved to be a pillar of the fledgling community and remained so for the thirty years of his tenure.

Other denominations followed with Methodists (1885), Baptists (1902), Roman Catholics (1904) and the Salvation Army (1893) all represented with their own buildings.

The first pub was built in the late 1870’s on the crossroads and was known as Montgomery’s Spring Grove Hotel. The adjacent blue stone stables still stand today and are possibly one of our oldest buildings along with the ‘new bluestone school’ across the road built in 1875. A further 3 pubs were built to service the thriving village and surrounds by 1904.

The ultimate jewel in Millthorpe’s crown was the coming of the railway line in 1877, however it was not without controversy. Debate over the route went on for some time but thankfully for the village a route was chosen to come through Blayney and then onto Orange. Once more the community had to fight for recognition as the Commissioner for Railways initially declined the village’s representation for a station as the Spring Hill station was so close. The next problem was the placement of the station some distance from the village, on the opposite side of the tracks. This was partitioned and common sense prevailed, and the new station was built in the village on the correct side of the tracks in 1886.

The local Farmers Union of the time was a progressive group which hosted a demonstration of a new steam threshing machine in 1880 and subsequently started up ploughing matches and then an agricultural show. They also decided that a Flour Mill would be an astute investment for the district. Originally planned to be built at Spring Hill, the Mill site was changed to Spring Grove (now Millthorpe) by just one vote as some of the Spring Hill Union members failed to attend the decisive meeting.

The Mill tender was accepted in 1884 and despite some early troubles operated in various guises until the 1960’s, providing a sound base for the prosperity of the village. Ironically, local grain was not the best for flour milling but the Mill became one of the largest in NSW, sourcing grain from around the State.

A private town sprang up around the railway and the flour mill with local landholders subdividing their land for village allotments. A community meeting was called to debate a change of name from the ubiquitous ‘Spring …’ to one reflecting the importance placed on the Mill and distinguishing this community clearly from all the ‘Spring’ named communities which surrounded it. Again, a close result – by just 38 votes to 31 the decision was made and Millthorpe it was!

The station and siding became central to the success and prosperity of the village and its agricultural production. The Mill depended on the railway as did the local farmers and businessman for supplying a rapidly expanding Sydney.

Millthorpe became one of the largest rail centres in the State shipping flour, chaff and later potatoes to Sydney and other markets. It was during this time of prosperity and industry in the late 19th and early 20th centuries that the physical form of the village we know today, took shape. Imposing and beautiful buildings were built to serve the commercial, agricultural and community needs of the district and of course many still stand today.

Commerce included a butter factory in 1894, a later freezing works exporting rabbits, a jam factory in 1922, chaff and hay distribution from one of the largest freight handling centres in NSW and of course the banking, postal, school, church and telephone facilities needed to support a thriving commercial centre. 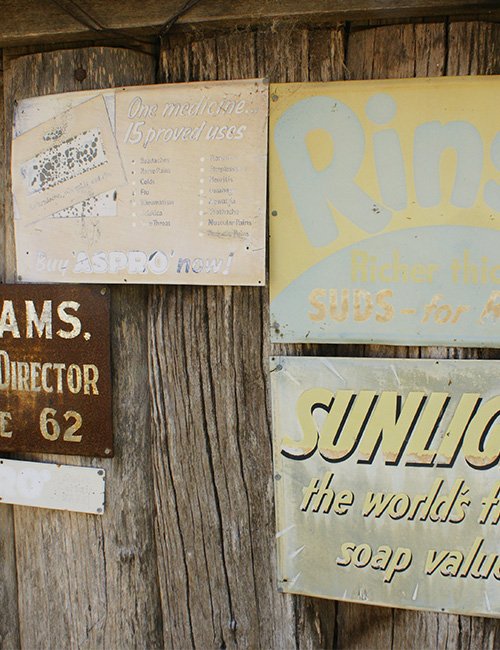 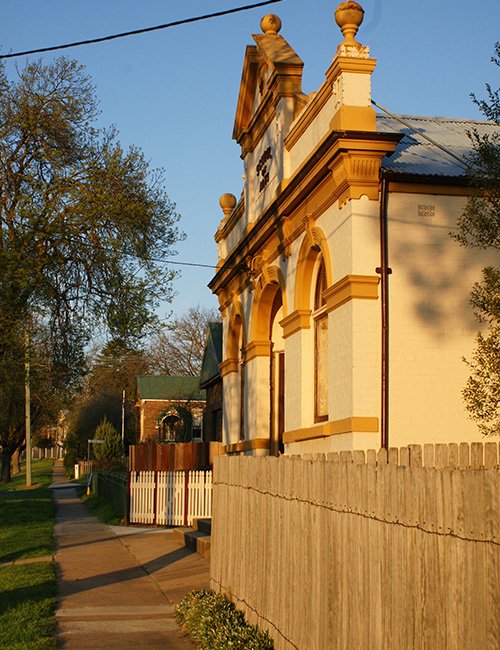